This simple and easy-to-read guide will show you exactly how to create, publish and monetize a best selling book...from START to FINISH, with little-or-no writing experience 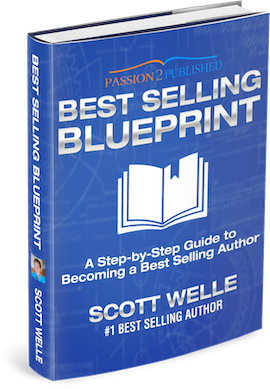 In this Ebook You Will Discover...

A Word From Scott Welle About The Best Selling Blueprint 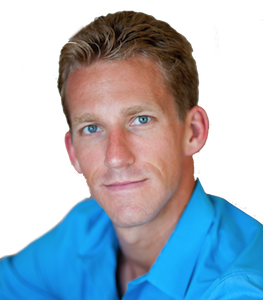 I believe everyone has a story and specialized knowledge that can serve the world. Every author had to start with their first word, on their first page, of their first book. Why not you? Why not NOW?

I published my first book less than a year ago. Before that, I had a dual problem. Not only didn't I feel like I was capable, or worthy of writing a book; I also didn’t know how the heck to DO IT.

It has been a whirlwind since then. I cured the first problem by finally getting over myself. I summoned the courage to put my message out there and stopped fixating on the other “real” authors, all of whom, I thought, were better writers, far smarter and more established than I was. I realized that everyone has to start somewhere and there’s no reward for standing on the outside, looking in.

Then came the second problem - I didn’t understand publishing…or Amazon…or CreateSpace…or ACX…or Audible…or iTunes. Come to think of it, I really didn’t understand anything 🙂 But I was determined to learn. So, that’s what I did. I watched videos, called support reps, chatted with customer service and read various blogs about how to make your book happen.

The end result was authoring eight books in six months, all of them best sellers, with three of them becoming #1 international best sellers.

I still struggle to believe I actually DID that.

Keep in mind, the route I took was loooong and time consuming. I don’t even want to begin to describe the sleep-deprived late nights I had trying to figure it out. Indeed it was worth it, but at the time, I sometimes wondered just what the heck I was doing to myself.

Luckily for you, I created The Best Selling Blueprint to give you the exact process that I used to create my books FAST, publish them in MULTIPLE formats, and monetize them GLOBALLY. It’s actually a very simple system, once you have the courage and discipline to get started. And because you’ve got the guide, you’ll do it a helluva lot faster than I did.

Here’s the quick scoop on the book - it has more pictures than any book I’ve ever written (Yay - a picture book!). I thought it was necessary to give visuals and screenshots as I walk you through the step-by-step methods I used. I’ve also included a complimentary “Resource Bank,” that hosts additional videos and downloads. It works hand-in-hand with the book and makes the concepts even simpler.

If you’ve ever even thought about writing a book and becoming a best selling author, this is your secret weapon. It’s the new way of creating books that surprisingly few authors even know about. It’s not only an easy-to-follow blueprint of exactly what to do; it gives you a huge leg up and a competitive advantage in creating, publish and monetizing your book.

Hoping you’ll give it a shot. You’ll be glad you did.

Your Ebook will be available for instant download after payment